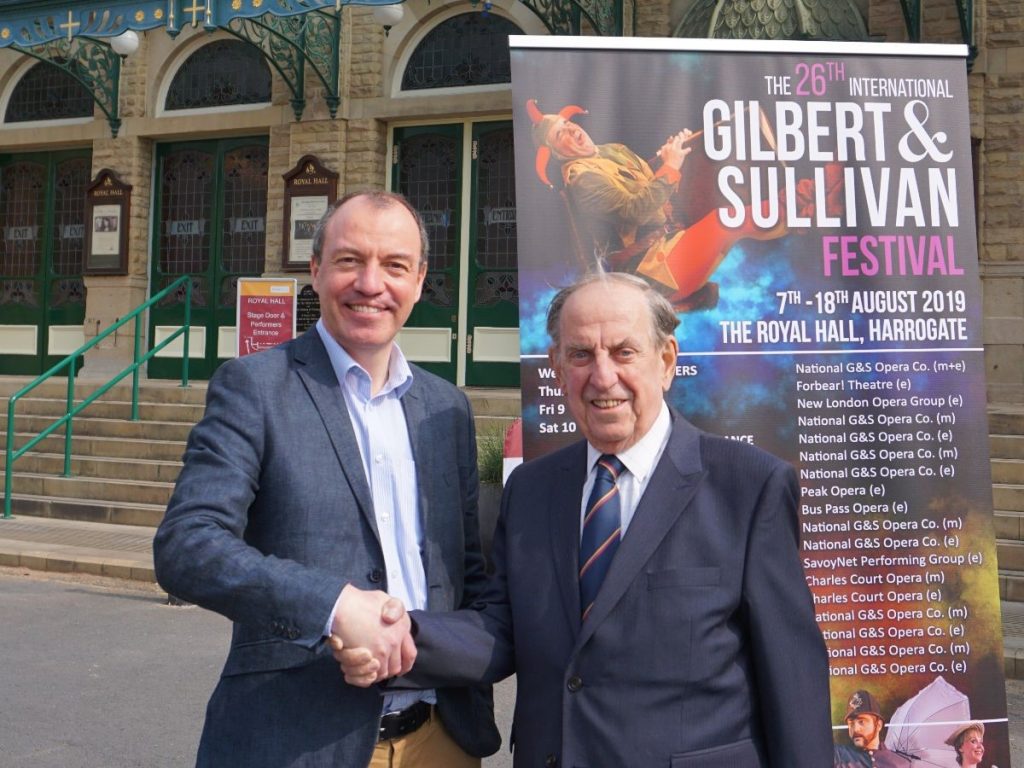 The world famous International Gilbert and Sullivan Festival has signed a new three year contract to secure its future in Harrogate through to and including 2021.


“Hopefully this is good news for our global G&S family of supporters,” said Ian.  “Now we need your continued support in promoting future festival to friends, relations and groups you may be connected with – and also helping us to maximise a number of charity initiatives that we will be launching in the coming weeks.

Here is how the news was greeted in  Harrogate:
Cllr Richard Cooper, leader of Harrogate Borough Council, said: “The Festival not only brings national and international visitors to Harrogate each year but also high-quality entertainments as well as business to our hotels, guest houses, restaurants and shops.

“We’ve seen it grow year-by-year and look forward to a long and mutually beneficial relationship for years to come.”

The three year deal was also welcomed by Harrogate Convention Centre director, Paula Lorimer, who said the economic impact of the event during August was very important for the town.

She said: “What fabulous news for our local businesses. During August the festival will be filling our hotels and restaurants with visitors from around the world. It’s very much the direction I want to see us going at the Convention Centre – finding that balance between our conference and corporate events while putting on a schedule of great entertainment.”

The International Gilbert & Sullivan Festival opens in the Royal Hall on Wednesday August 7, with the final show taking place on Sunday August 18.

There is a full programme of fringe events taking place in the Utopia Pavilion at Harrogate Convention Centre, and locations throughout the region.

Information and tickets at www.gsfestivals.org