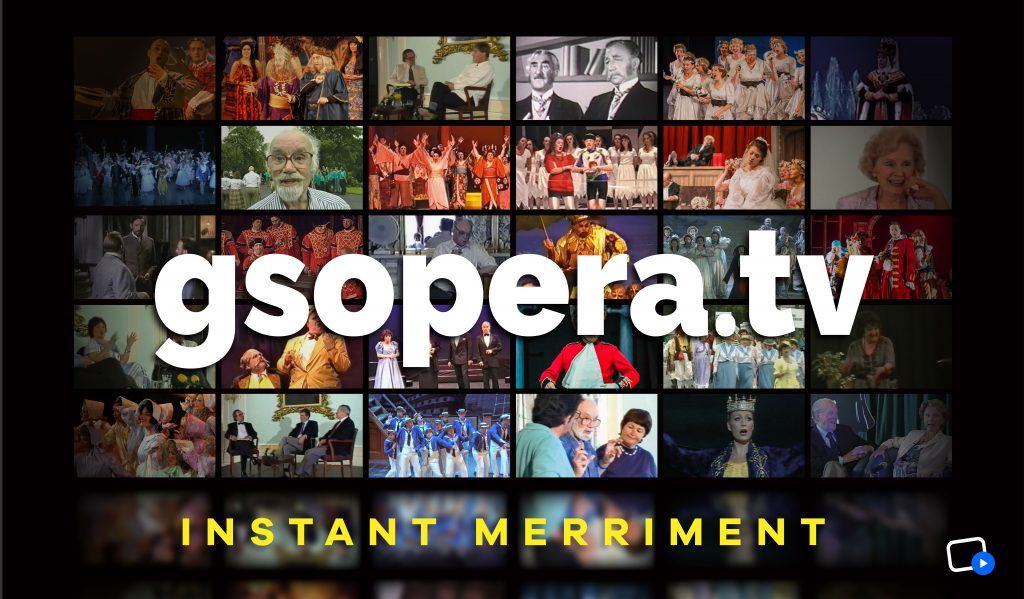 Your own ALL-the-Year Round Gilbert & Sullivan TV Channel

Never let it be said that the Festival doesn’t move at the speed of light! The article below was published in our November Newsletter in 2009! It only took eleven years and a global pandemic to get the project off the ground, but we are delighted that today we are able to present G&S Opera TV!

(Some parts of the article have been adapted to better reflect the new service and avoid confusion. All adaptations have been markets with a star (*) and put in italics)

So many people have told us it is such a long time to wait between one Festival and the next that we decided to do something about it.

We are launching our own G&S TV channel. It will be available 24/7 from the comfort of your home via your PC or laptop (*or smart phone or tablet!). It doesn’t matter where you live – from Australia to America, from Britain to Brazil – you can watch it when it is convenient to you.

Simply go the website (www.gsopera.tv). We’re hoping to bring you some of the best Gilbert & Sullivan available on the planet. Groups you have seen and would like to see again. Groups you missed when they were in Buxton. And if you have never been to Buxton, groups you may have heard about and would love to watch. And there will be groups that we have not yet had the opportunity of welcoming to Buxton. See how they would perform G&S from different parts of the world. What about HMS Pinafore from San Paulo in Brazil – or a replay of the Mikado in Japanese from the wonderful Tokyo Theatre Group or from the Hungarian Puppet Theatre.

All this and much, much more will be available on a nominal “pay-per-production” basis, giving you the ability to watch the productions forever from £16; other programmes will be available for £10 and £5. There are no fees, no subscription – just choose what you want, watch it where you want and own it forever!

As the “TV Station” develops we expect to be adding material on a weekly basis. In future we will also aim to stream a number of live productions from the stages of Buxton and Harrogate – and beyond!

I bet there are many SavoyNetters who can’t be at the Festival but would love to watch their production live!

This year they can! Similarly the groups from Canada, Australia and Ireland will have many supporters back home who would probably like to “tune in”. They will be able to! We will broadcast the awards ceremony live and some of the “fringe” events too.

At least once a month we will have a Festival Nostalgia programme showing highlight events from the first 16 years – interviews with some famous stars of the Original D’Oyly Carte – John Reed, Thomas Round, Philip Potter, Valerie Masterson, Peggy Ann Jones, Joyce Wright. We hope that other professional companies would like the world to see their fabulous productions appear on our website (*and in the current climate they could help produce a vital financial lifeline for them to continue operations whilst theatres remain closed).

Find out more at www.gsopera.tv 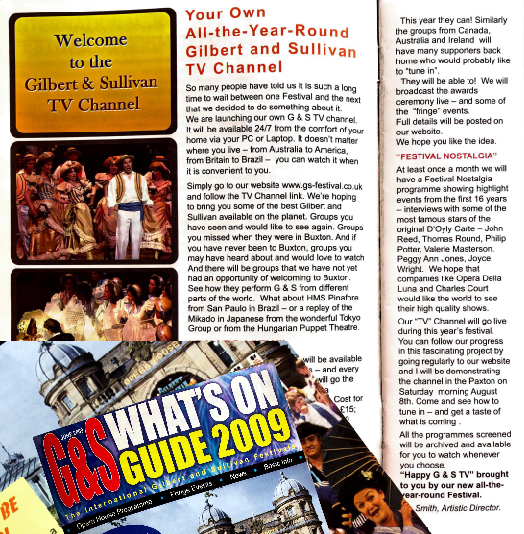